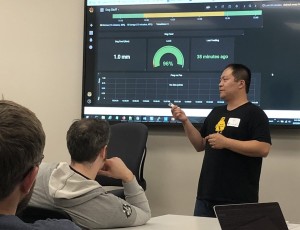 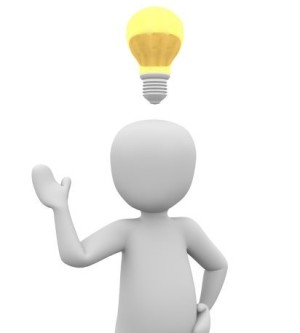 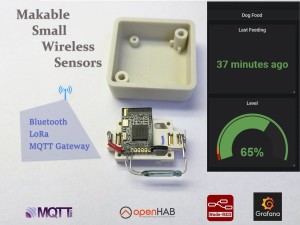 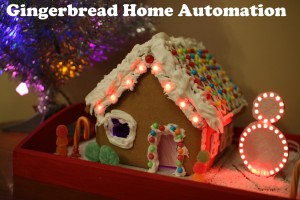 This project utilizes a BLE-MQTT gateway to collect bluetooth sensor data and pipe it to perform actions on a wifi connected ESP8266 gingerbread house, as well as utilize Node-RED for additional connectivity (text messages, tweets).  The code can be found on my Github.   https://www.youtube.com/watch?v=5QengjRO6EM     System Diagram   (Inputs) BLE Sensor This is […] 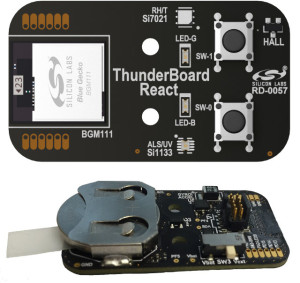 I created a BLE-MQTT bridge for the Hackday project, and my team showed a fun example of how it can be used for home automation.  The BLE sensors used Silicon Labs BGM111 to sense when windows and doors are opened.  The module controlling the mini house was an ESP8266 connected via MQTT.  Jake Scearcy built […] 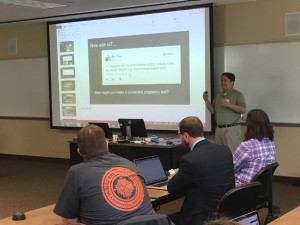 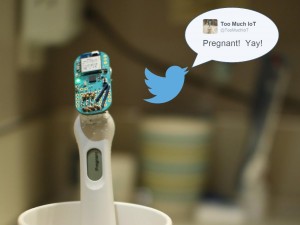 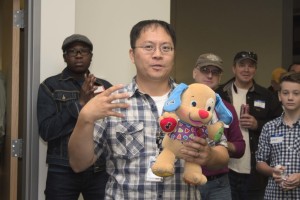 Captained a team for the Twin Cities IoTHackday 2015.  We added wireless connectivity to a toddler toy to make it more educational, fun, and functional.  Our project placed 2nd in the competition. The electronics and wireless communication used Light Blue Bean and Photon.  We used Node-RED for the Bluetooth communications.  The backend game logic was […] 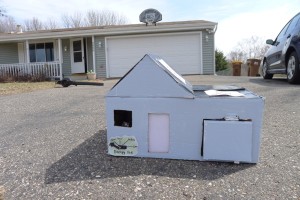 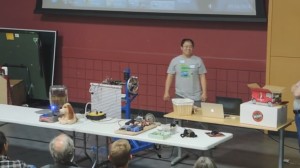 Started team “Fido Tracker” for the 2014 IoTHackDay in Minnesota.  We prototyped a dog tracker that alarms the house when the dog leaves the yard, using ISM band transceivers and GPS.  Details here. 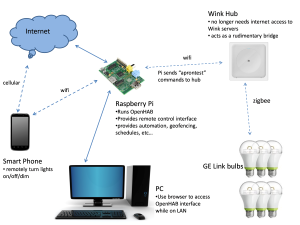 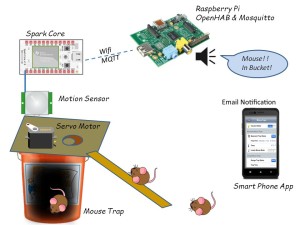 Speaker at the 2015 IoTFuse Conference in Minneapolis, Minnesota.  Presented live demos of DIY connected home devices, MQTT, and discussed the impact of open source on connected products.  Here are the slides for “Home Automation of Things” talk.